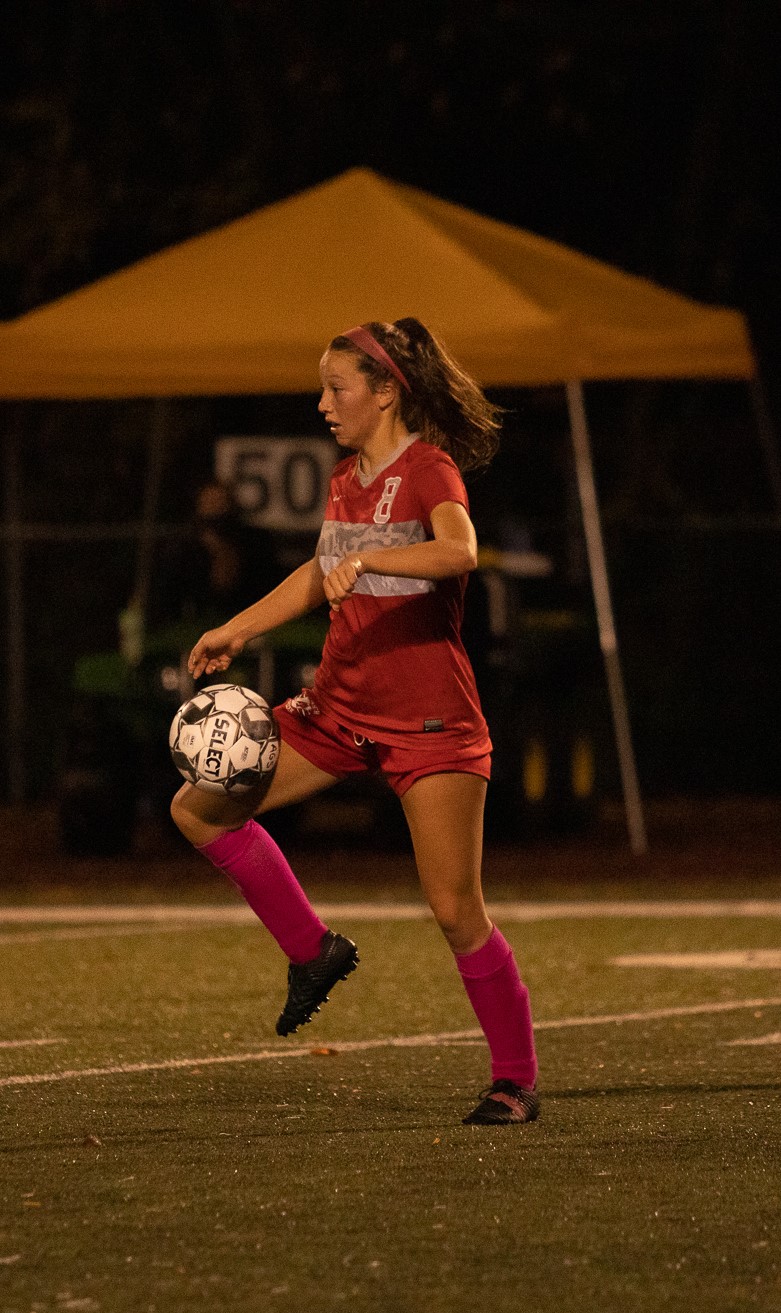 The Avonworth Girls soccer team took another win in the WPIAL playoffs by beating the Southmoreland Scotties at Southmoreland, 3-2 in quarter-final play. The Lady Lopes put in a commanding team effort against the Section 3 (2A) champions. Avonworth held most of the possession during the first half as they were able to connect to feet and switch the field which opened up the field to slide through-balls into the attacking third. While the Lopes kept consistent pressure on the Scotties backline, Southmoreland was able to keep the Lady Lopes out of the net for the greatest portion of the half. With 7 minutes to play in the first half, the Lady Lopes caught fire. In a series of well placed passes, Joey Skillen found an unmarked Ava Wert a few yards outside the penalty box who turned and fired the ball past an outstretched Scotties keeper to give the Lopes a 1-0 lead. Two minutes later, Jackie Lamperski connected with Wert who sent in a well struck rolling ball across the keeper and into the back corner of the net to put the Lopes up 2-0 with 5 minutes left in the half. Not letting up on the pressure, Avonworth continued to attack the Scotties backline with minutes remaining in the half. Revenna Kelley received a ball inside the penalty box and was fouled while trying to turn the defender, sending Wert to the line for the PK and the opportunity for a hat-trick. Wert sent in a low screamer that bounced off the right post and was cleared by Southmoreland, however, the defense crossed into the penalty box prior to the strike which gave the Lopes a second chance at the PK. Wert finished her second opportunity to send the Lady Lopes into the half with a 3-0 lead.

Unlike most games, Avonworth came out in the second half playing a little flat. Southmoreland made some adjustments in the midfield and the combination found the Scotties flipping the script and putting the pressure on the Lopes backline. In a game that saw many fouls called against both teams, the Scotties were able to take advantage of a free kick given around the 35 yard line. Southmoreland sent a well placed ball close to the 6-yard box where Olivia Cernuto was able to place it past the Lopes keeper to earn their first goal of the game. The game would remain 3-1 until 5 minutes left in the game when the Scotties earned their chance to finish a PK when the Lopes were charged with a foul inside the penalty box. Once again, Cernuto placed a well struck ball past keeper Maggie Pappas to bring the Scotties within 1 of the Lady Lopes with 2 minutes to play.
Avonworth managed the ball well in the last few minutes of the game to hold off the Scotties and take the win. Coach Mahan continued to see strong play through his midfield as Jackie Lamperski, Minah Syam, and Skillen owned the midfield on the day. The Lopes defense also put in another quality game for the Lopes as Emma Smith, Tess Pappas, Gianna Babusci, and Allie Nau kept things quiet in the back for most of the game. Kelley and Mia Burens kept things interesting up front for Avonworth and challenged the backline of the Scotties for much of the game. Freshman Eden Schleis once again brought the energy off the bench for the Lady Lopes grinding out some quality minutes for Avonworth.

The Lady Lopes will take on a tough Yough side who upset #1 seed South Park. The Lady Lopes have the home-field advantage being the higher seed. The semi-final game will take place at Lenzner Stadium on Wednesday, November 4th at 6:30 PM.