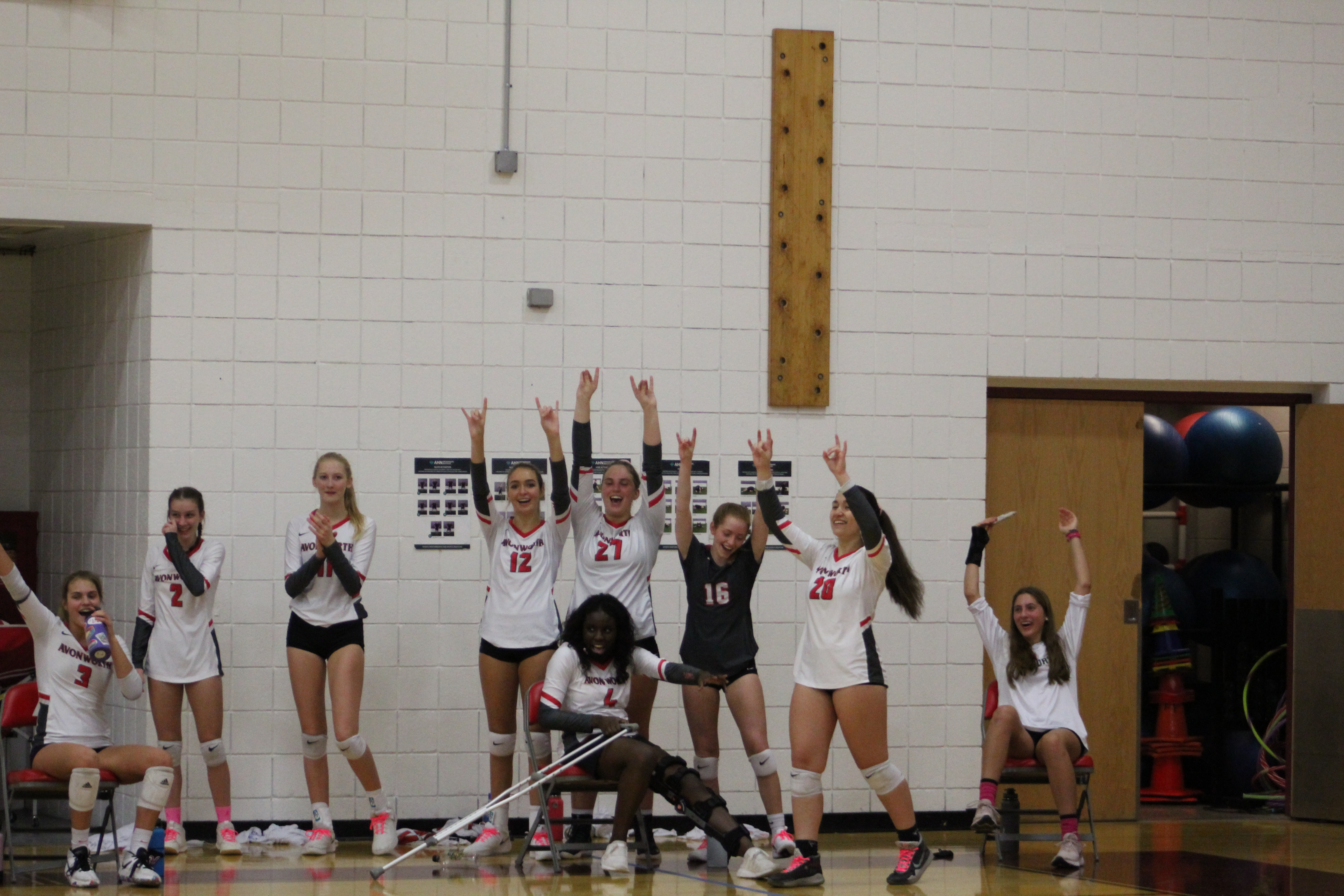 Despite a slow 7-7 start, Junior Setter Abbi Holjes had a clever tip that gave the Lady Lopes the ball. Holjes then went on a serving run to grow their lead to 6, at which point there was no turning back. During this run, Freshman Outside Hitter Nora Kate Gavin had back to back cross court kills. Senior Right Side Sasha Kosko was able to complement Gavin on the right side with a kill down the line. Gavin and Kosko both finished the match with 7 kills each, tied for second on the team.

While Holjes’ serving run helped the Lady Lopes to their first large lead of the match, it was Senior Middle Hitter Erin Farrah’s serving run at the end of the match that helped seal the deal. Farrah served 3 aces in a row that electrified the Avonworth side of the net. Farrah ended the match with a team high 5 aces.

The energy on the Avonworth side of the court helped the Lady Lopes jump to an early lead in the second set forcing South Allegheny out of system the majority of the time that the ball was on their side of the net. The Lady Lopes offensive intensity was the spotlight of this second set with 14 kills, 3 aces, and a block. Holjes was once again the quarterback of this offense 31 assists throughout the match, assisted by Senior Libero Sarah Neal’s team high 13 digs. Junior Outside Hitter Maggie Colenbrander led the team with 8 kills; this put Colenbrander as the first Lady Lope to hit 100 kills this season. In addition to Gavin and Kosko, Sophomore Middle Hitter Sophie Culley contributed 7 kills.

Despite being down 2 sets, South Allegheny left everything on the floor in a third set that was closer than what the scoreboard showed. The set was extremely close until 18-15 when Culley was able to get the serve back for the Lady Lopes with a 31 kill. Colenbrander then had two fantastic kills on an overpass and and outside swing down the line to help extend this lead. Throughout this run, Coach John Skarupa was able to sub out each of the senior players one by one in order to give them the farewell ovation and recognition they deserve for their years of hard work in this program.

Nonetheless, the final two points of this match showcase the potential that the Avonworth Volleyball program has for the future. 5 of the 6 Lady Lopes on the court were underclassmen and JV/Varsity floaters, yet they remained unfazed. These players were able to contend with South Allegheny’s Varsity team with two long rallies and great digs and hits from both teams. Freshman Middle Hitter Victoria Huffmyer was able to register 2 kills in the middle to close out the match. These two points alone show a glimpse into the future of Avonworth Volleyball.