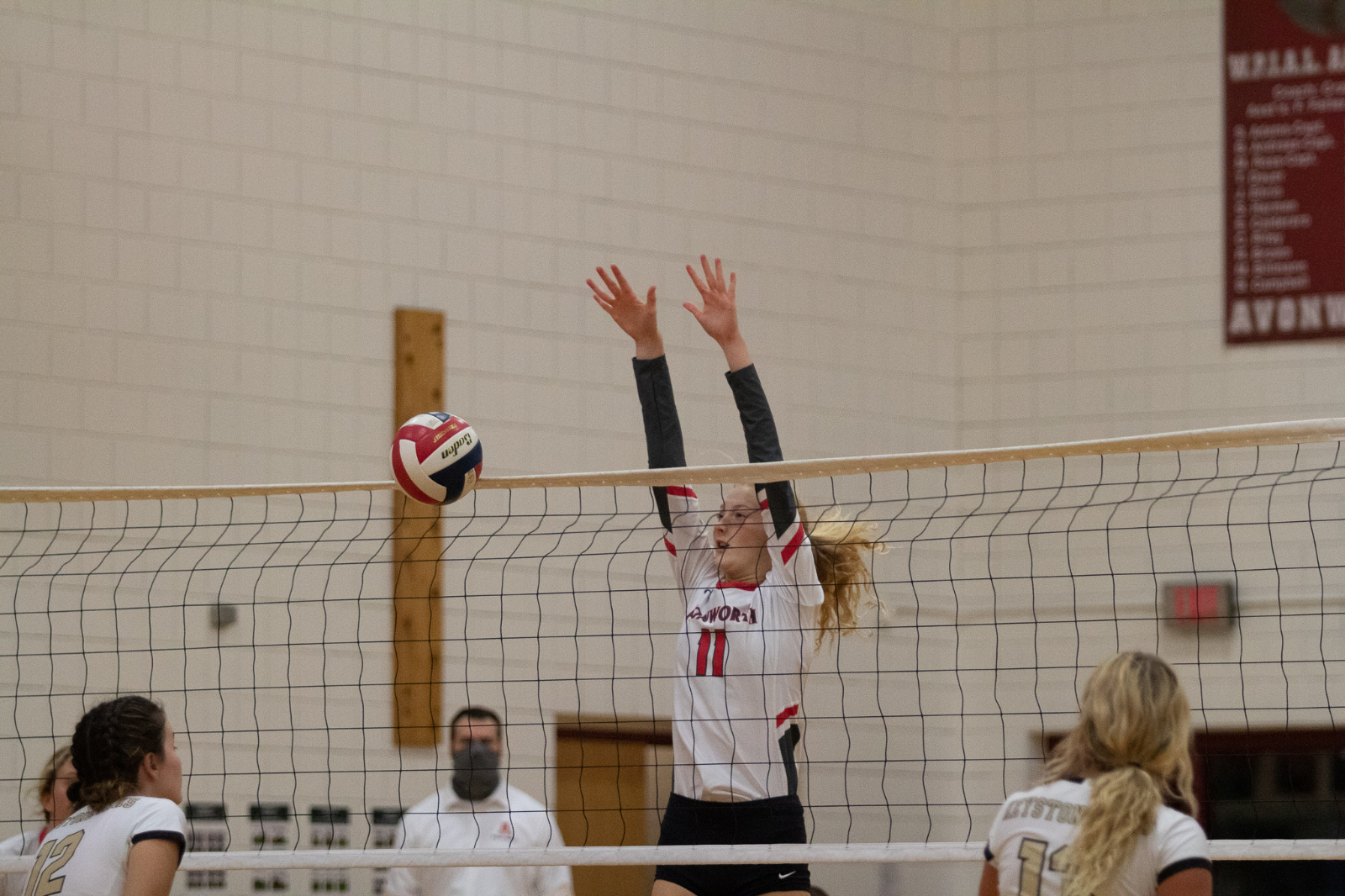 The Lady Lopes dominated the match from the first point with a first ball side out kill by Senior Middle Hitter Erin Farrah. Junior Abbi Holjes continued this momentum with a 6 point run, which included 2 aces. Holjes finished the match with a team high of 5 aces on the night. Like Holjes, the Lady Lopes continued their aggressive deep serving game to keep Keystone Oaks out of system the majority of the first set, allowing them to cruise to victory.

Avonworth was able to take advantage of many Keystone Oaks serving errors in the second set to jump out to a 17-9 lead. This lead allowed many Lady Lopes subs to get into the game to experience Varsity playing time. Nonetheless, Keystone Oaks gave it all they had in the third set keeping it close until the end of the match.