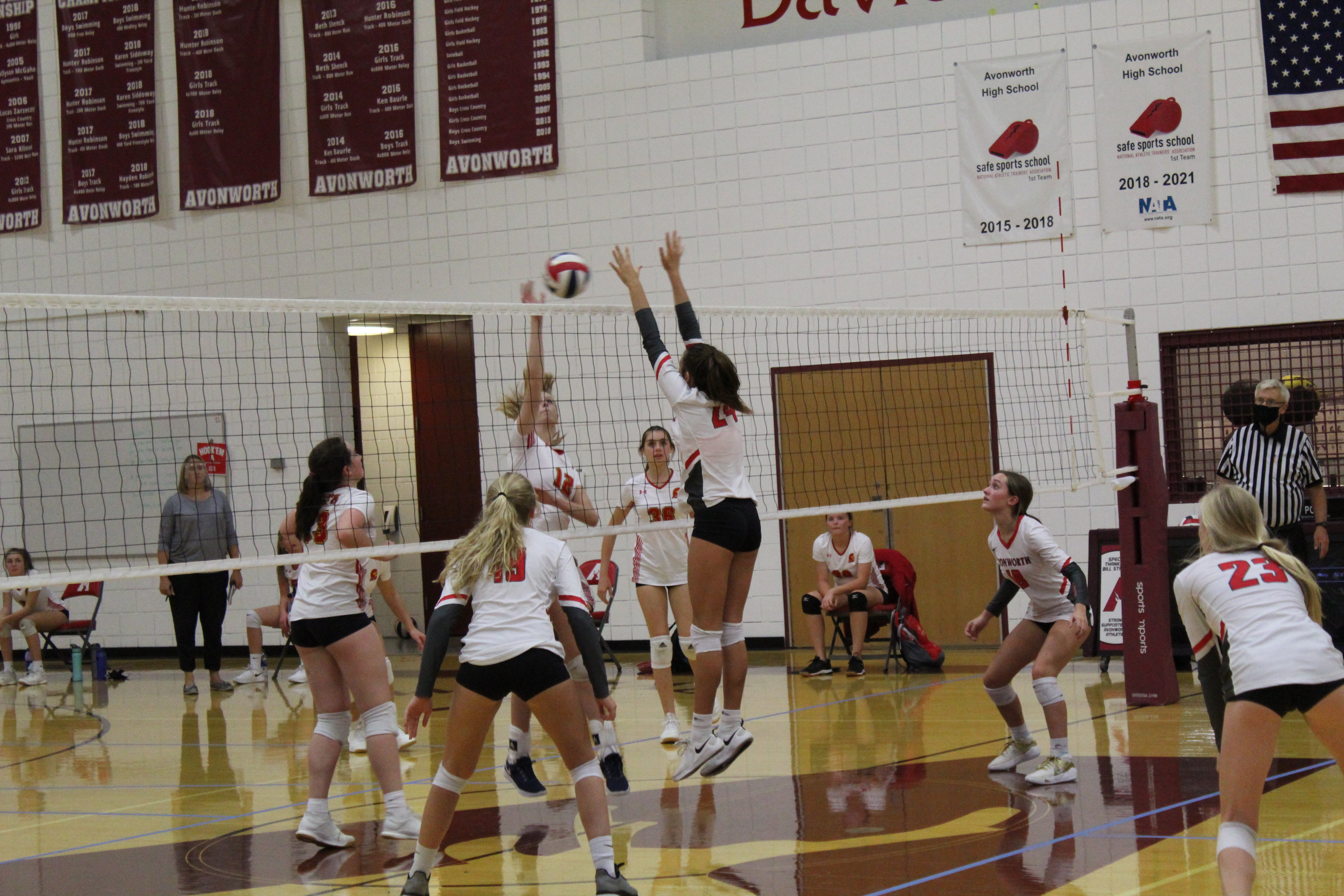 The first set of the match was back and forth, despite many hitting errors from the Avonworth offense. These errors allowed North Catholic to jump to a small league. However, Freshman Setter Alivia Lantzy tied it back up with her aggressive serves. Lantzy registered a team high 5 total aces on the night. However, a very questionable call from the referees gave the serve back to North Catholic, allowing them to go on a small run to win the first set.

The Lady Lopes started the second set with energy, allowing them to jump to a 10-4 lead. As the set continued, North Catholic narrowed that margin all the way to a 20-18 Avonworth lead. Coach Kelsey Fink called a time out to spark life back into the Lady Lopes, and Sophomore Right Side Mary Gannon delivered with a kill the next point. Lantzy was then able to use her powerful serve to secure the victory for the Lady Lopes, forcing a third set.

Nonetheless, Avonworth’s JV Volleyball team was not able to find their rhythm in the third set, allowing North Catholic to jump out to a large lead that resulted in a North Catholic victory. Despite the defeat, the Lady Lopes was able to find their rhythm on offense with Gannon ending with 5 kills on the night. Sophomore Right Side Francie King, Sophomore Outside Sam Blose, and Freshman Middle Hitter Victoria Huffmyer also contributed 4, 3, and 3 kills each. Additionally, Freshman Libero Layne Shinsky controlled the back court with 10 digs.

The Avonworth JV Team is looking forward to a rematch with North Catholic in their last match of the season on October 22.