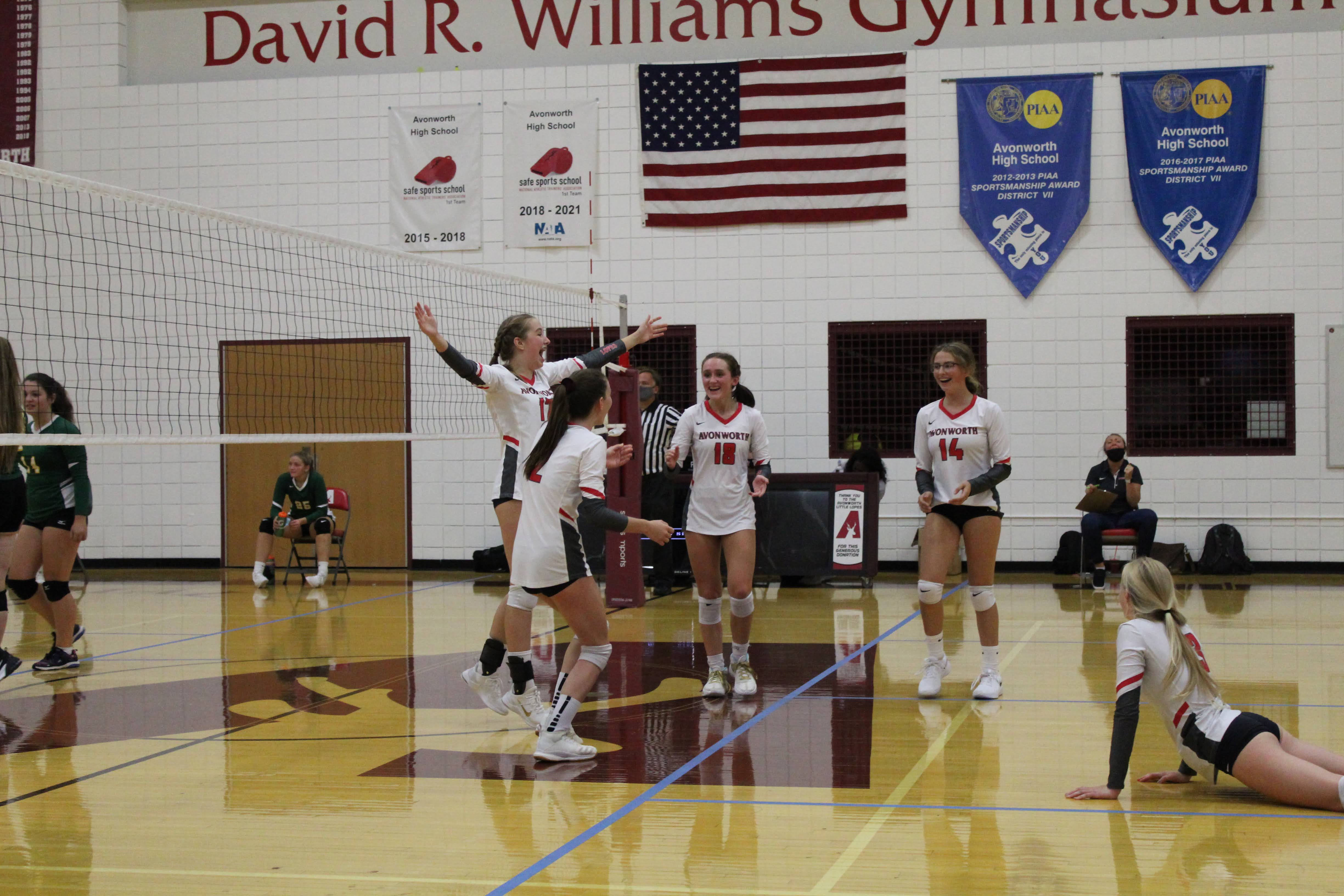 Avonworth JV Volleyball team fought back after a tough loss in the first set, 24-26. The Lady Lopes aggressive serving and front row attacking allowed them to dominate the second set, winning 25-16 to force a third, deciding set. Avonworth dug deep in the third set, working as a team to win 15-11 and take the match.

Avonworth jumped out to a large, 11-4 lead in the first set thanks to Freshman Outside Hitter Nora Kate Gavin’s aggressive serves that kept Seton LaSalle out of system. However, the Seton LaSalle back row refused to give up, keeping the ball alive as they narrowed the margin. In the end, a 22-17 lead was not enough for the Lady Lopes, as Seton fought back to claim the first set 26-24.

Despite a line-up change, the Lady Lopes struggled to find their rhythm in the second set until Freshman Libero Layne Shinsky went on a serving run to take the lead, 8-5. Shinsky was a key point in the Lady Lopes defense with a team high of 8 digs on the night. The newfound energy sparked by this run allowed Avonworth to run away with the second set, largely in part to the Lady Lopes hitting. Gavin led this offensive charge with a team high 8 kills in the match. Sophomore Outside Hitter Sam Blose also contributed 4 kills, and Sophomore Right Side Mary Gannon had 3. Freshman Setter Alivia Lantzy fed this offense with a season high 18 assists on the night.

After claiming victory in the second set to force a deciding set, the Lady Lopes jumped out to a small lead thanks to their teamwork and consistency on the court led by Gavin’s energy. However, like it had been all match, Seton LaSalle fought back to even the score at 10’s. This next point was the pivotal rally of the match.

With a fight to 5 to win the match, both teams stepped up for the best rally of the night. There were aggressive swings on both sides of the net, coupled with amazing saves in the back row. Gannon and Blose made multiple incredible saves on hard driven balls and shanked passes, while Sophomore Erika Valois had a massive block at the net. Although this rally ended somewhat anticlimactically with a Seton LaSalle net violation, the momentum gained with that one point sparked the Lady Lopes to close out the match.

Seton LaSalle immediately called a time out to try to regain some of the energy on the court, but it was not enough to deter Freshman Victoria Huffmyer. Huffmyer went back to the serving line to serve 2 aces in a row. Huffmyer not only brought the Lady Lopes to a game point score of 14-10, but had a team high of 4 aces in the match. Avonworth was then able to close out the set, 15-11, bringing their record to 7-1.

The Lady Lopes host Keystone Oaks Thursday for their next match.