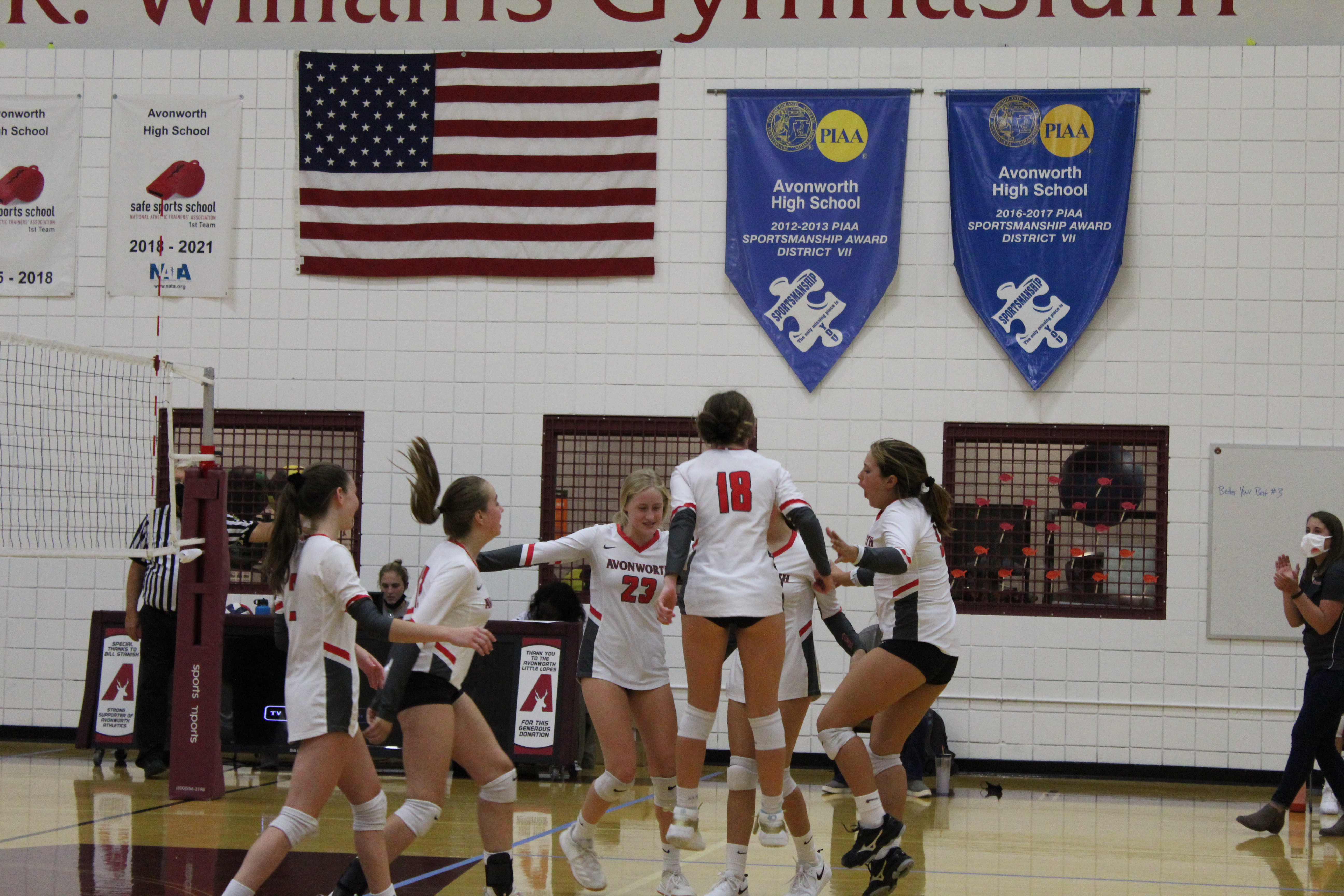 The JV Volleyball Lady Lopes had a slow start in the first set, until an ace, block, and Keystone Oaks error gave the Lady Lopes a 21-18 lead. Nonetheless, consistent play by the Avonworth defense kept the score close until they were able to clinch the first set. This consistent play in the first (and also in the second set) was led by Sophomores Mary Gannon and Francie King. King not only led the team with 7 digs and a 2.13 serve receive rating, but Gannon contributed a few great saves, allowing the Lady Lopes to keep the ball alive.

Despite an Avonworth 17-9 lead, Keystone Oaks would not give in. A couple of great plays by Keystone Oaks combined with some Lady Lopes errors allowed Keystone Oaks to remain close in score until 23-20. Freshman Outside Hitter Nora Kate Gavin delivered with a kill down the line on the outside to give game point to the Lady Lopes. However, Keystone Oaks kept fighting to even the score at 24-24 before Avonworth’s Coach Kelsey Fink called a time out. Keystone Oaks then missed their next serve, allowing Gavin to deliver the game winning ace, advancing the JV Lady Lopes to 8-1.

Throughout the match, Gavin not only led the team in kills (8), but also tied for the lead in aces (3). Freshman Victoria Huffmyer added 4 kills, team-high 2 blocks, and an ace. Finally, Freshman Setter Alivia Lantzy ran the offense with 16 assists and 3 aces.