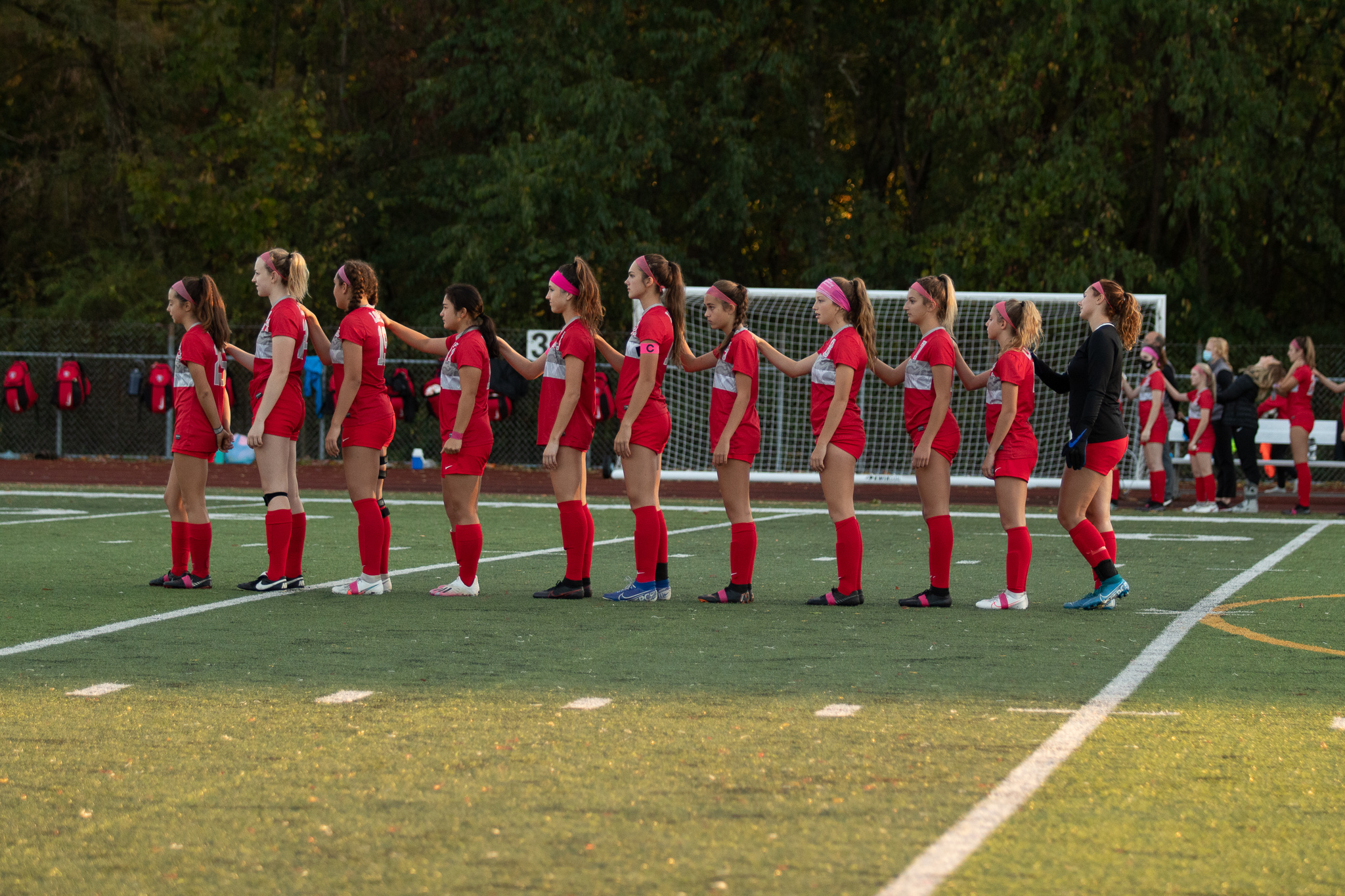 The Avonworth Girls Soccer team racked up another shutout last night as they blanked the Lady Quakers of Quaker Valley, 2-0. The win moved the Lady Lopes to 7-0-1 in Section 1 (2A) and 10-0-1 overall.

During a night dedicated to celebrating the team’s Seniors, the seniors made a clear display of their tremendous impact on the team. Emma Smith continued to lead the defensive backline in smothering any kind of offensive attack from the Quakers. The speed of the back line and the calm demeanor they hold under pressure has consistently allowed them to limit any significant shots on goal. The defense has allowed just two goals all season – and has posted their 8th consecutive shut-out of the season.
Joey Skillen’s speed, aggression, and determination along with Jackie Lamperski’s tackling, perfect positioning, and relentless pressure allowed the Lopes midfield to remain dominant throughout the game. Throughout the season, Skillen, Lamperski, and freshman Minah Syam have generated significant play through the midfield – sending great balls forward to the front line and thwarting many counter-attacks on the defensive end.

Senior Catherine Penrod made it back into the line up against the Quakers after being sidelined with an ankle injury earlier in the season. True to form, Penrod brought additional speed up top that placed another level of pressure on the QV defense. Penrod also put the Lopes on the scoreboard in the first half as she was able to finish off a bouncing ball inside a crowded penalty box. Freshman Minah Syam notched another goal during the first half, to put the Lady Lopes up by two. Mia Burens found Syam waiting at the top of the 18 and sent in a beautifully weighted ball that Syam was able to settle and rocket off a shot into the back of the net.

While the Lady Quakers came out aggressive in the second half, they were unable to mount any serious threats on the goal – as keeper Maggie Pappas was able to scoop up any through balls.

The Lady Lopes will finish out their regular season with two additional home games. Saturday the Lopes will take on a tough Beaver Area team at 2:00 PM, and then section rival North Catholic on Monday, October 19th at 6:30 PM