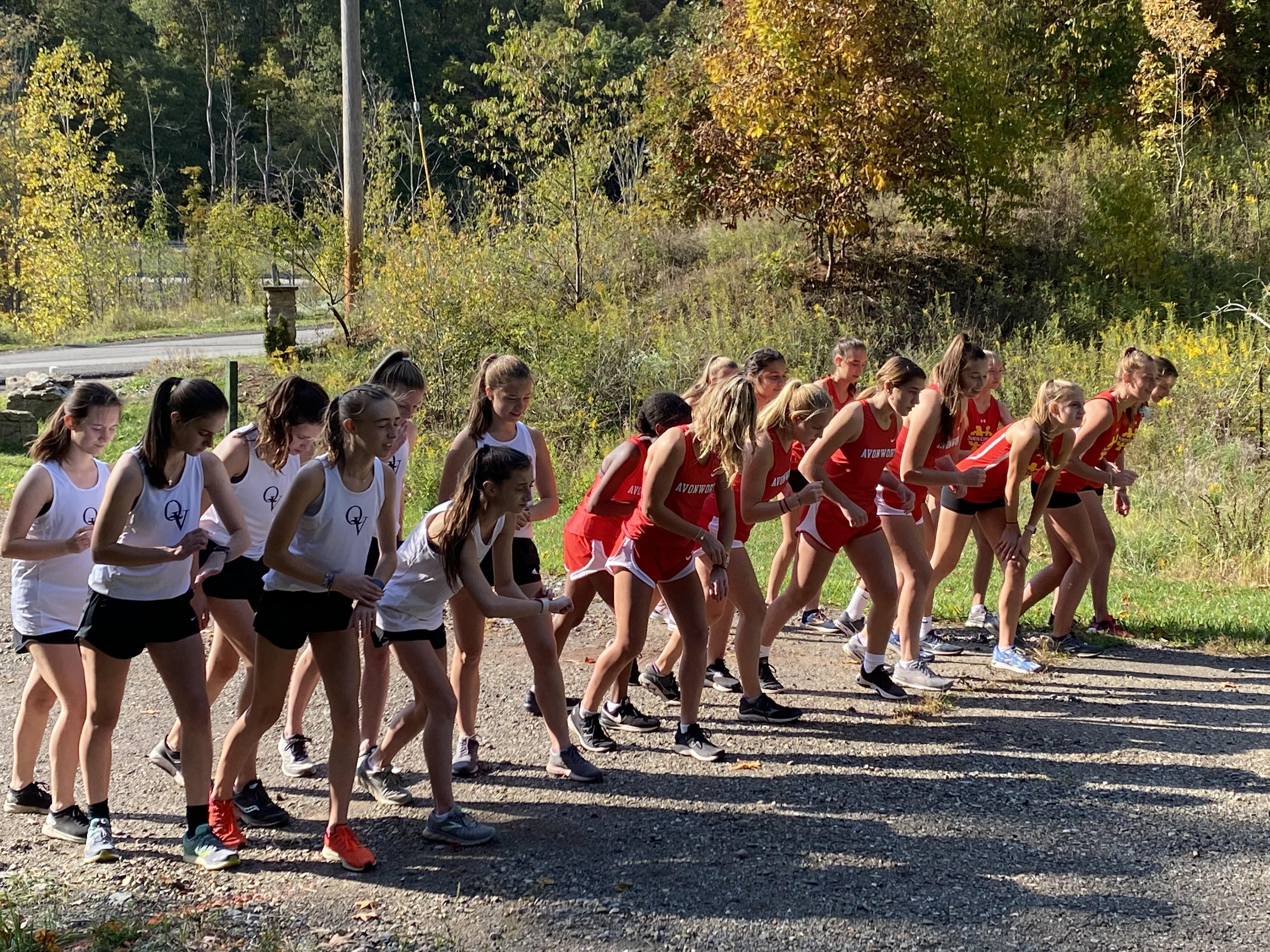 On Tuesday, October 6, the Avonworth Cross Country team had their last home meet against North Catholic and Quaker Valley.

The Girls’ race went off first where they competed hard throughout the entire meet but lost against the opposing teams who were on top of their section. Lindsey Hartle led the Antelopes in 5th place overall with a PR of 24:36. Lindsey has been consistently a top scorer for the girls and has had numerous victories in section meets. Following Lindsey, Laurel Purcell and Taea Schriefer finished top ten in the competitive field. Laurel was the second runner in 7th place overall in a time of 26:01 and Taea Schriefer was the third runner finishing in 10th with a time of 27:31. Overall, the girls finished the season with a section record of 4 wins and 4 losses. They will compete in a non-section race with North Hills next Tuesday.

The Boys team dominated the section meet where they defeated North Catholic(27-30) and Quaker Valley(20-41). Jackson Habala led a first place overall finish in a PR of 19:10. Jackson has proven to be a poised, strong competitor as he took another overall victory while shaving time off from home meet to home meet. Matthew Purcell broke the 20 minute barrier with a time of 19:59 to secure third place for the boys. The rest of the scoring was carried out by Derek Brooks, Ryan Frank, and David Kujawinski. Derek has had a breakout season from last year where he has been a top scorer for the team and was the third runner with a PR of 20:45 for 7th place. Freshman Ryan Frank has proven to be an asset to this team and was the fourth runner with a time of 21:16 in 10th place. Lastly, David Kujawinski has worked his way back into the scoring contingent with a PR of 21:17 in 11th place. Additionally, some PRs were run by Jack O’Dell, Eli Kauer, and Owen Maddalena. Jack O’Dell ran a 21:44 which was an improvement from his 21:53 ran meets prior on the home course. Eli Kauer dropped his time from 22:51 to 21:49 and Owen Maddalena dropped his time from 22:32 to 22:02. The boys finish the season with a section record of 7-1, finishing in 2nd place behind Eden Christian Academy. The boys will race again in the coming weeks at North Hills and Plum before gearing up for the Postseason in late October.