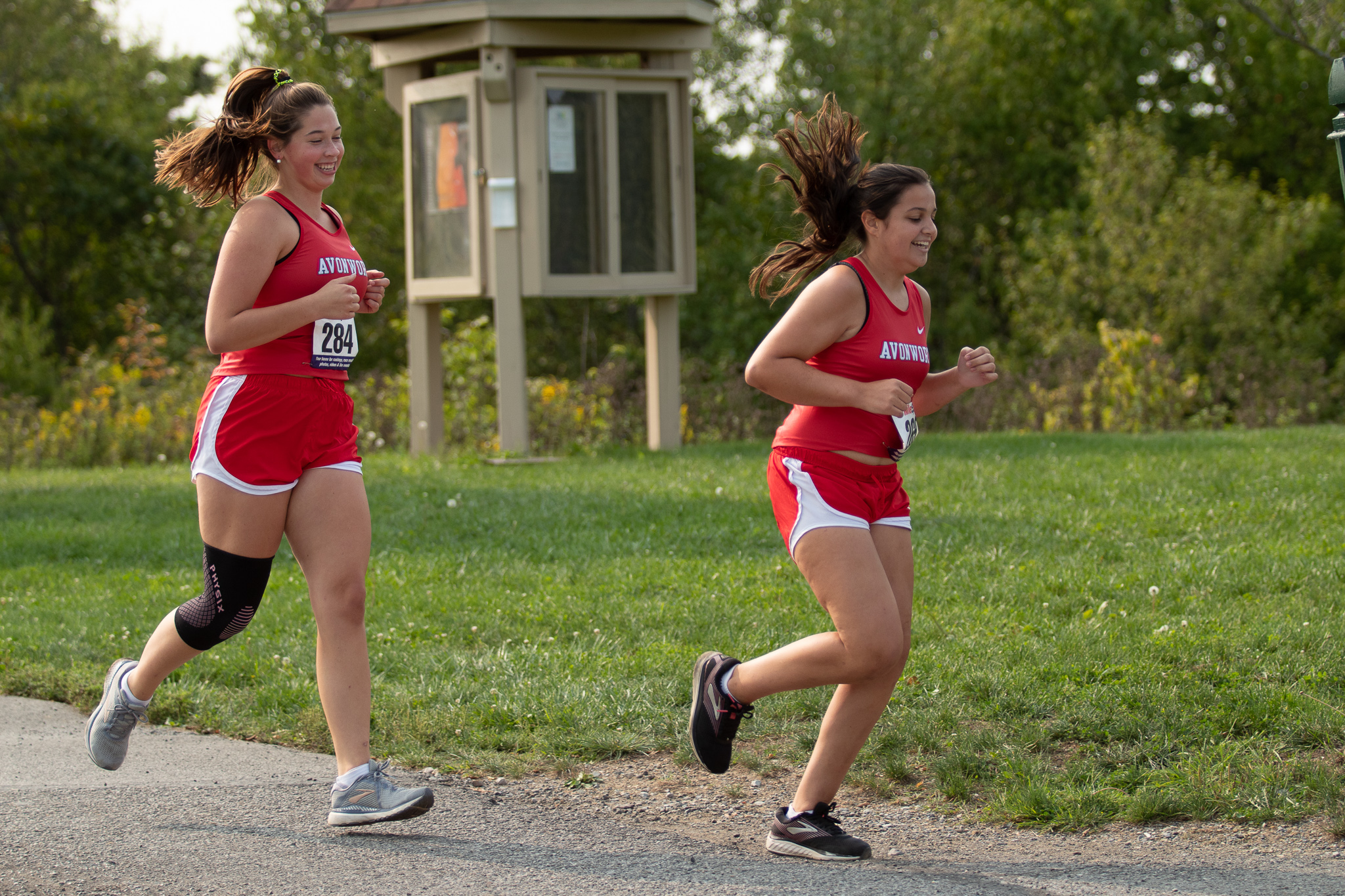 On Tuesday, October 13, the Avonworth Boy’s and Girl’s Cross Country teams competed at North Hills on their home course in North Park. Both teams were defeated by North Hills where the Boys lost 50-15 and the Girls lost 30-28. However, the flat, fast course led to many top performances from the Boys and Girls.

Earning her 4th individual overall win this season, Lindsey Hartle led the team with a first overall place finish in a time of 23:11. Lindsey had a strong finish where she passed the top North Hills girls runner out of the woods and widened the gap over the final straightaway through the flags. In third and fourth overall, Taea Schriefer and Laurel Purcell were in a close finish of 24:02 and 24:03. Taleigh Trovato(26:27), Sofia Galati(32:01), and Brooke Johncour(33:27) all ran season bests on this away course and well represented at this meet.

Avonworth will compete in their last non-league meet against Plum next Monday before entering the postseason.