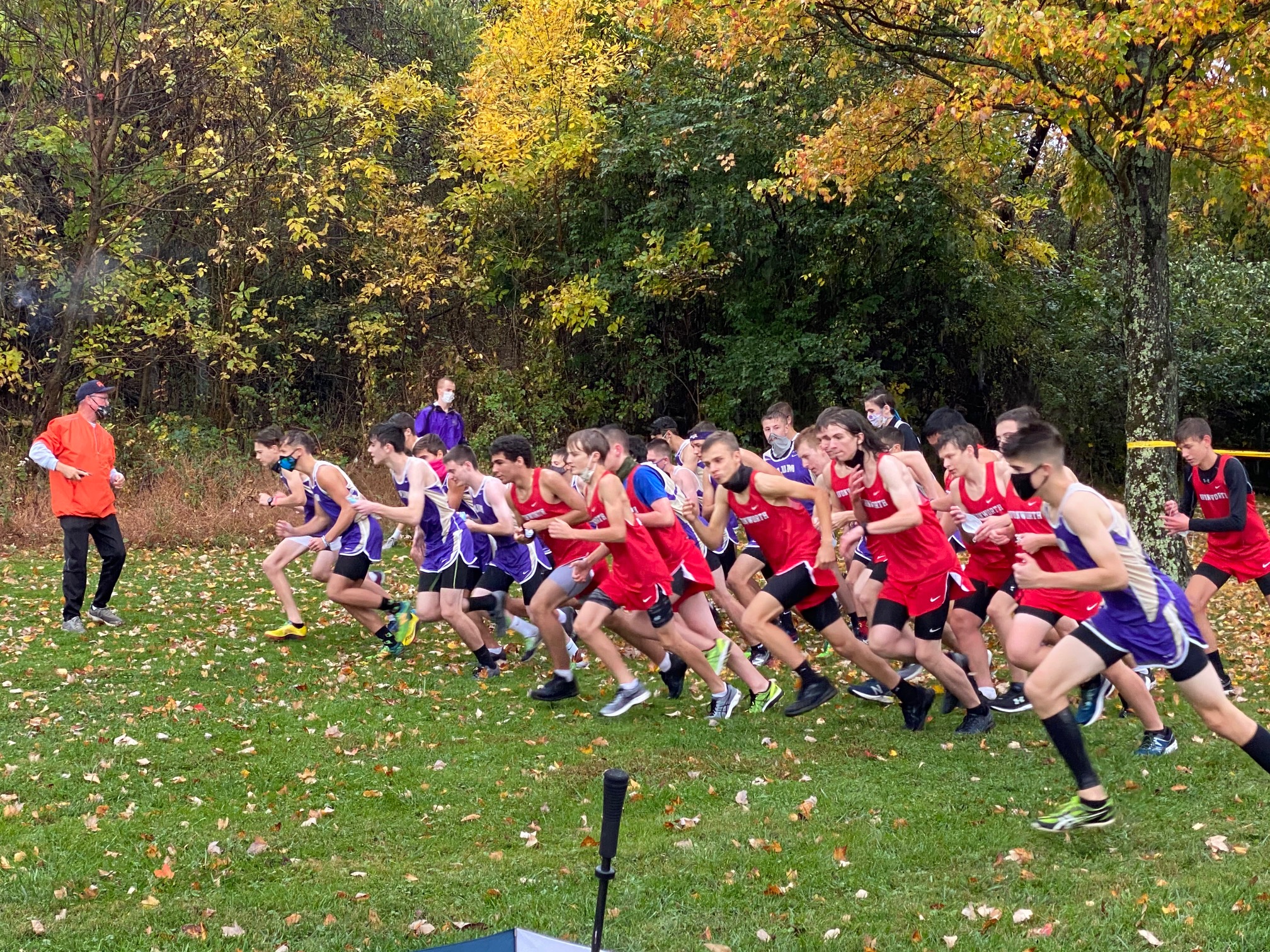 On the afternoon of October 19, in a rain-soaked Boyce Park, the Avonworth Boy’s Cross-Country team closed the regular season with a loss against Plum with a score of 39-20.

Jack O’Dell crossed the finish line in 4th place overall with a time of 19:20 which was 43 seconds faster than the time he posted last year at Plum’s course. Owen Maddalena had a strong performance, finishing in 5th place overall with a time of 19:34 to finish off a solid freshman campaign. Rounding out the scoring for Avonworth was Jackson Shinsky who claimed 7th place(19:44), Luke Woodfill in 17th place(20:38), and Simon Perry in 21st place(21:13). Simon Perry was able to shave 1 minute and 40 seconds from the previous year. Other members of the team who were able to best last year’s time are Alex Adamiak, Ryan Ehmann, and Sam Veleke. Congratulations to Seniors Roman Simkins, Tim Eng, Simon and Ian Perry who completed their final high school cross country race.

Avonworth will compete next at Tri-states Invitational on October 21 to be held at White Oak Park.