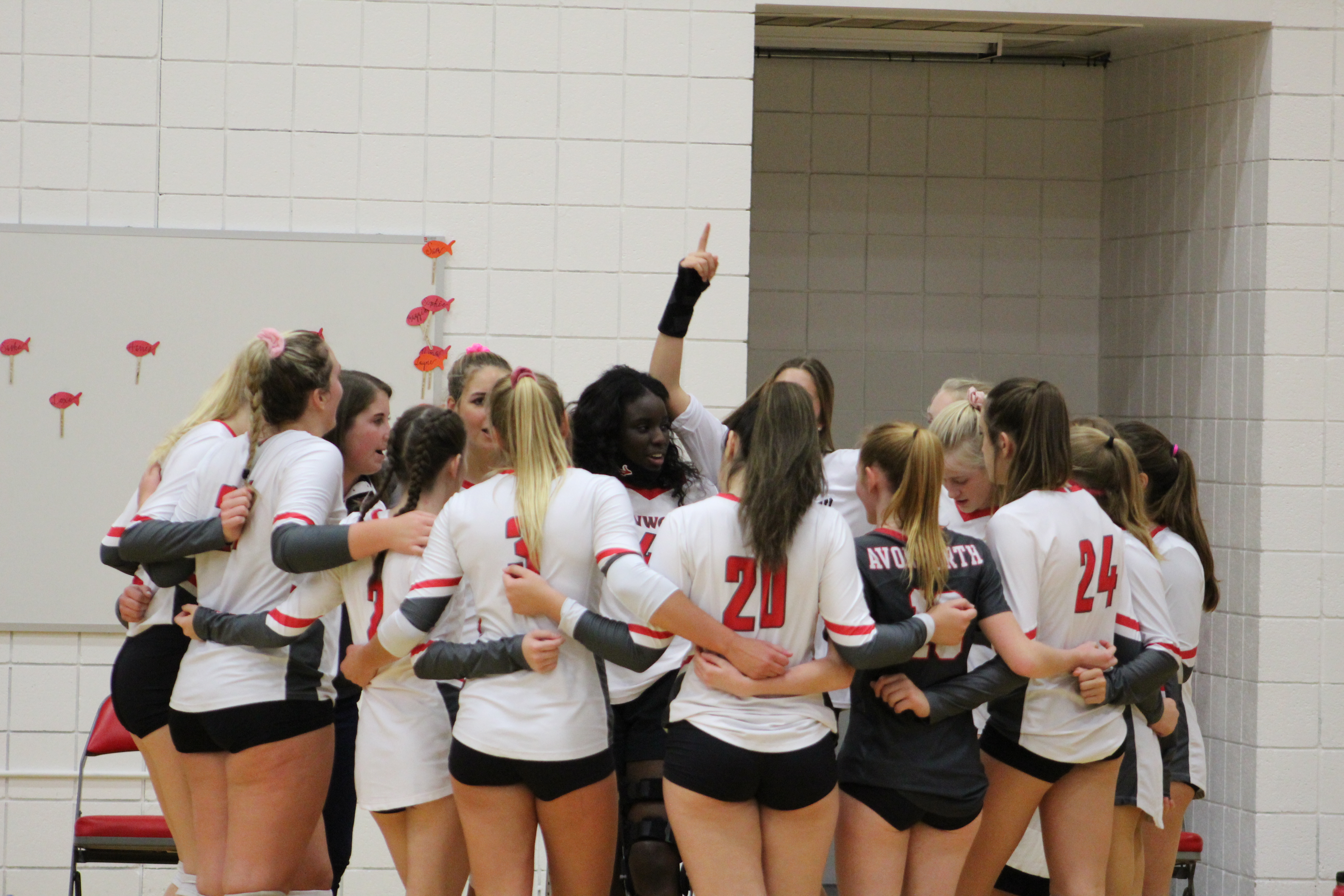 The Avonworth Volleyball team advances to the Semifinals of the WPIAL Class 2A Volleyball Championship after defeating South Park. The Number 6 seed Lady Lopes upset the Number 3 seed Eagles in 3 straight sets: 26-24, 25-11, 25-22. South Park had a total of 2 leads throughout these three sets: 1-0 lead in the first set and 1-0 lead in the third set. After that, the Lady Lopes stole the show.

Junior Setter Abbi Holjes kicked things into gear for the Lady Lopes with an opening serving run to jump out to a 8-1 lead. Immediately afterwards, Sophomore Defensive Specialist Sam Blose ran away with another serving run to extend this lead to 13-6. If there was an MVP of this match, it was the Avonworth team’s aggressive serves; these serves forced South Park out of system for the majority of the match. Blose and Holjes were the leaders of this serving squad with 20 and 22 attempts each and team high 7 and 4 aces, respectively.

The aggressive serving runs forced a lot of South Park errors giving the Lady Lopes enough momentum to extend their lead to 19-10. Nevertheless, the Eagles fought back to narrow the margin to 23-18. Then a couple of timely South Park aces combined with Avonworth errors evened the score at 24. A missed serve from South Park allowed Senior Right Side Sasha Kosko to go back and serve an ace to win the first set 26-24.

The second set started back and forth until Junior Outside Hitter Maggie Colenbrander registered the team’s second kill of the entire match at 4-3, sparking the Lady Lopes offense to do what they do best. While Avonworth’s serves kept South Park out of system for most of the second set, the Lady Lopes’ attacks earned them the points needed to win this match.

The Lady Lopes offense was able to extend their lead to 15-9 before Blose went back to serve again. Blose served 9 in a row to force a game point at 24-9 in a run that included 4 of her 7 aces. Colenbrander was finally able to find the floor with a tip to close out the second set putting Avonworth up 2 sets to none.

With an Avonworth lead of 4-1, Kosko was able to deliver a kill down the line on the Right Side to mark her 100th kill of the season. Kosko really stepped into the spotlight in the third set with 3 kills in the first 6 points to give the Lady Lopes a 6-2 lead, once again sparking a new life into the Avonworth offense. Avonworth’s front row hitters were able to earn point after point to a 14-5 lead forcing a South Park timeout.

Regardless of the large lead, the Eagles continued to fight with back to back blocks closing the gap to 15-10. Off of a serve receive, Colenbrander hit a back row attack resulting in an overpass, where Culley dominantly attacked that ball for another Avonworth kill; that kill was Culley’s 100th kill of the season.

The Lady Lopes had a lead of up to 20-11, but errors plagued the team allowing South Park to fight back to a score of 23-18 before Coach John Skarupa called a time out. Despite losing the next point, South Park refused to give in forcing the score to 24-22. After a poor pass off of South Park’s serve, Holjes was able to save the play with a “pancake” up. A few touches later, Holjes again made a fantastic dig leading to a smart free ball from Colenbrander to force South Park out of system and unable to return the third ball over the net. While it was a scrappy point on both sides of the net, the Lady Lopes were able to come out on the winning side of it to advance in the playoffs.